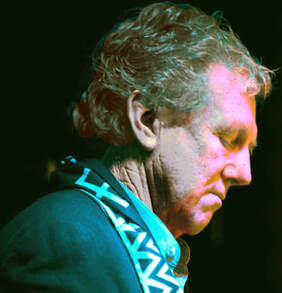 Brett Mitchell began his music career with piano and drum lessons when he was 12 years of age. He studied classical piano until the age of 17. His introduction to the world of jazz came through two professional jazz players in Fort Worth, Texas in 1962. During that same year, Brett began playing professionally as a drummer with a professional dance combo at Country Clubs, Officer and NCO clubs, and private parties. The following year he became the pianist in the same band. During his teen years he studied at the Stan Kenton Stage Band Clinics for both drums and piano.

A Bit of History

Brett started composing at the age of 16 when he wrote the music and co-wrote the book for his first musical. After High School, he attended Oklahoma University where he wrote a jazz score for the incidental music of the stage version of Tom Sawyer. Later, while at New York University, he wrote the music for two unpublished musicals and the score for a student film.

Brett's second love is theater. He studied acting under Olympia Dukakis and Lloyd Richards at New York University’s School of the Arts. While there, he studied songwriting with Paul Simon, wrote songs with Melissa Manchester, and was a member of the BMI musical theater workshop taught by famed Broadway conductor Lehman Engel. Following graduation, Brett toured for two seasons as a professional actor with the Carolina Repertory Company.

In the early seventies, Brett left theater for the life of a professional musician. As a singer/pianist, he was in several rock bands in his home town of Oklahoma City. The last one, True Star, featured regular performances of his original jazz/rock tunes. During this time, Brett also composed and arranged several jingles for radio and television.

Brett began a solo career in 1980, playing venues from Vail to Tokyo. In the early eighties, he moved to the Los Angeles area where in addition to his nightly gigs, he taught music to grade school students in the Redondo Beach public school system.

In 1986, Brett moved to the central coast of California, playing local venues such as The Inn At Morro Bay, San Luis Obispo's Embassy Suites, San Luis Obispo Country Club, and for private parties and events. Brett's musical selections include jazz standards from the Great American Songbook, written or sung by many of the greats like Cole Porter, Gershwin, Rogers & Hart, Frank Sinatra, Tony Bennett, Mel Torme.  Also part of his focus, are many beloved pop classics from the 50's through the 80's - artists ranging from Billy Joel to the Moody Blues.  He additionally features his favorite movie themes and his own multi-genre originals.  Besides his solo work, over his long career Brett has performed live with many musical artists and groups, as well as working with them as a studio musician and arranger.  He has additionally had the opportunity to employ many of his highly-talented fellow musicians on many of his own studio original CDs. 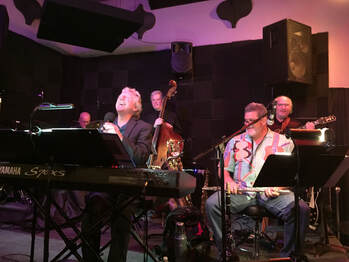 Until 2019, Brett was performing with the band, Human Nation, whose focus was jazz fusion/world beat. Led by Adam Levine (guitar), Brett played keyboards alongside Dave Becker (saxophone, flute, clarinet), Bill Wingfield (upright and electric bass) and Dean Giles (drums and percussion) all of whom are studio musicians.  Another of the groups in which he was musical director and performer, was Counterpoint.  Counterpoint was a 4-vocal multi-harmony group accompanied most often by Human Nation and whose popularity in the North San Luis Obispo, CA area was evidenced by sold out venues.  Their focus was songs of the 60's and 70's as well as some original music by Adam Levine, Brett and Julia Mitchell.  Brett also performed as pianist in the Steve McCann Jazz Band, Paso Wine Man Jazz Band fronted by Actor Casey Biggs, the group NoEgosAmigos, as well as being an instructor at Cuesta College for the Cabaret 805 program.  Brett has served for various groups and theaters as musical director including the Palms Choir (assisted living center choir) and the group Kings of Cool (tribute to the Rat Pack).  Brett has also been a musician on staff for Central Coast Hospice over many years until COVID 19 caused that work to stop.

In August 2019, Brett and Julia Mitchell moved to the Atlanta area to be near their grandchildren.  When music begins again in their area, they will begin again on the adventure of meeting new contacts in the music industry.  In the meantime, Brett is working on developing an online presence.  He is still available for studio work, private events, Hospice music therapy, individual performance coaching and vocal accompaniment.  ​​
Book Brett Mitchell