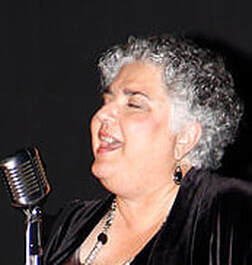 Julia Mitchell has a deep, warm voice that is comforting and uplifting.  She is versatile as she moves from jazz ballads and torch songs to powerful pop, R&B and gospel vocals that raise the roof.  When Julia performs, she speaks to the heart of her audience.  As she says, it is her responsibility as both a vocalist and a songwriter to deliver the meaning of the lyric directly and clearly to the heart of those listening.  When she performs, the message is heard loud and clear, and that connection with her audience builds a rapport that keeps the audience coming back for more.

Julia began her music interests as a violist in the Thousand Oaks, CA Youth Symphony at the age of 8 years old.  She, along with her brother and her father, performed before large local audiences and through this, a love and understanding of music grew.  Julia had a natural sense of rhythm and harmony.  She and her brothers often vocalized on Sunday drives with the family, sharing 3 part harmonies and a great deal of joy.

As a young teen woman, she joined a couple of friends at the Troubador "Hoot Night" to perform and later at a dinner house in Westwood where she was called up on stage to perform with the same friend.  As soon as she began to sing, a hush came over the room and it was then that she realized the gift she had been given and that it could impact many if she was willing to share it.

Even still, Julia kept her voice hidden for much of her life, sharing it only with close family and friends. In 1993, a local musician, Jim Conroy, heard Julia quietly harmonizing in the audience as he and his band performed.  He searched the audience to find who was doing these harmonies and after discovering her, as Jim tells the story, he pulled Julia up on stage and that was the beginning of her professional music career.  ​
​ 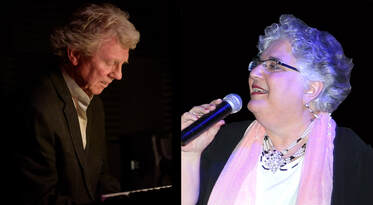 ​From Background to Foreground​

In 1996, Julia met Brett Mitchell who was watching her perform and afterward introduced himself with a beautiful piano and vocal rendition of the song "Never, Never Land" from the Broadway musical, Peter Pan.  This began a collaboration that opened Julia up more publicly.  She began performing as a duo with Brett, who saw in Julia the talent to be a headlining vocalist. He encouraged her to move from background to lead vocals ​and gathered a band to support her in this objective.  Soon they began performing in the North County of San Luis Obispo, California.  The Cambria Pines Lodge featured them weekly as did the Pewter Plough Playhouse.

​Brett and Julia have been working together since that time and in addition to a musical relationship, they developed a personal relationship, being married in 2003.  One of their finest collaborations was a CD filled with songs that Julia penned as both lyricist and composer.  Brett had the skills to take her lyrics and melodies and chart them.  They began working together writing, producing, arranging and orchestrating the CD, called Where Innocence Can Live and with the help of several studio musicians, performed the CD at a local venue to an overflow audience.  This was just the beginning.

Julia has performed on the Central Coast at such events as the Central Coast Follies at the Clark Center for the Performing Arts, Cambria Jazz Festival and the San Luis Obipso Jazz Federation "Three Divas" concert. For many years, she was a featured vocalist at the nationally renowned "D'Anbino Cellars" venue owned by professional industry engineer Carmine Rubino along with his wife, JoAnn, and nephew, producer and actor, John D'Andrea. 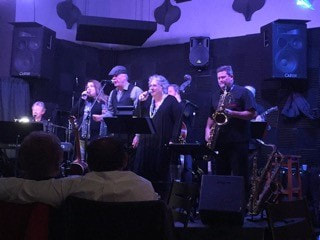 ​Julia was frequently accompanied by the band Human Nation, studio musicians known for their jazz fusion/world beat style.  She also worked with a group called Counterpoint, 4 vocalists doing multi-layered harmonies.  Again, Human Nation was the band that sealed these performances.  Whenever these groups played, it was to a packed house.  Julia performed at D'Anbino Cellars almost exclusively for many years until it closed in 2019.  ​

​This past year Julia had the privilege of performing as part of Cabaret 805 at the Clark Center for the Performing Arts alongside Diane Steinberg Lewis, Kenny Lee Lewis, Bill Wingfield and Brett Mitchell as they supported the students of the Cabaret 805 class of Cuesta College.

In 2019, Brett and Julia moved to Lawrenceville, Georgia, outside Atlanta, where they are currently working to create an online presence.  They look forward to the world of music opening back up after the healing of COVID 19 and meeting new studio level musicians with which to work.  They are hopeful for opportunities to arise for renewed expression through local performance in Georgia.  ​
Visit Julia's Personal Website